Chances are–you already have it in your home.

I am guessing if your holidays were anything like ours, there was laughter with family, board games around the kitchen table, great discussion about the real reason for the season (go Jesus!), good food and of course time spent on social media and various devices.

As we enter this new year, whether you are a believer in resolutions or in simply making a list to better yourself and embrace the goodness of life (love, joy, peace, patience, kindness, goodness, faithfulness, gentleness, self-control), all of us as parents want 2018 and beyond to be amazing for our children.

We want them to thrive.

We want them to be their best and to be successful mentally, spiritually and academically.

But there is there is a new drug amongst our teens and tweens that is trying to destroy them in these areas. It is odorless. Doesn’t require a dealer. Is given to them freely by their parents. Has a greater effect on their brains than most gateway drugs and is claiming the lives of more teens every year and it is legal in all 50 states.

Sounds pretty unreal doesn’t it? So what is it and why have we allowed this “drug” to become an epidemic here in the United States of America?

Most likely because may of us are addicted to it as well. The drug?

Honestly, I could write about cell phones and social media dangers until I am blue in the face. I speak and write about it constantly.

I have also received the call from parents who not only knew that their child was on social  media apps talking to complete strangers, but they also watched their child walk out the door to meet this stranger–and that was the last thing they ever did.

I know of too many parents that have called me to come help them find their child who was taken in by someone on social media and it ended up costing their life or led their teen to take their own life due to senseless cyber-bullying.

I have three children and believe me it is a FULL TIME job researching the latest apps and checking their phones (only our 15 year old is allowed to have one but it is HIGHLY secured, monitored frequently and more often than not resides in the gun safe because of inappropriate use).

I get it. We love our phones. And there are many great uses for them as well as social media, but our teens are not mentally equipped to properly navigate the social media world without strict, consistent guidance and we are literally fooling ourselves and destroying a generation if we think otherwise.

We can do better. We need to do better and in our house we are committed to doing better. Will you?

For this new 2018 year, we have implemented some new electronic device and social media rules and I wanted to take some time to encourage you to do the same.

I also want to bring attention to some of the newest (and most dangerous) teen apps and teen device monitoring programs for parents in 2018.

So here we go!

Some new(er) apps and programs to be aware of where they can be hiding texting and questionable material:

What YOU can do as parents:

How to discuss social media with your teen:

My private practice is being inundated with parents that are losing their children to social media, gaming and a cycle of suicidal ideation, depression, self-doubt and anxiety due to cyber bullying or not being pretty enough, successful enough or popular enough.

The palm sized devices in their hands have become the new drug of the century and the only way to combat it is for parents to open their eyes and pay attention to what their teen is NOT telling you. I preach it daily in my blogs, on radio, and at any event at which I am asked to speak. I would scream it from the mountain tops if I thought anyone would actually put down their phone and take the time to look up and listen.

We are losing a generation, and fast.

Former General of the Army Omar Bradley wisely said, “If we continue to develop our technology without wisdom or prudence, our servant may prove to be our executioner.”

Bill Gates suggests: “Technology is just a tool. In terms of getting the kids working together and motivating them, the teacher is the most important.”

And the wisest Being I know commanded us as parents to, “train up a child in the way he should go, and when he is old, he will not depart from it.” (Proverbs 22:6)

Let’s play our role and never give up.

If you would like Dr. Bridget Melson, aka “Dr. B” to come speak at your church, school or small group, you can contact her through the website at www.trinitylifesolutions.com 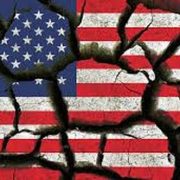 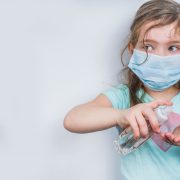 Covid-19: Let’s Talk About What Kids’ Are Thinking (by a kid for kids) 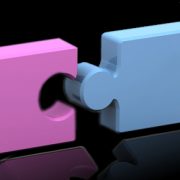 How The "Women's" March is Destroying America 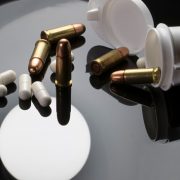 The Profile of a Mass Shooter: Warning Signs

Conservatives—we have failed America and we are partly to blame.
1 reply

Conservatives—we have failed America and we are partly to blame.

How The “Women’s” March is Destroying America
Scroll to top