The first one is going to blow your mind—literally.

The creative lengths teenagers go to in which to find a new “high” is truly mind blowing…and dangerous. Parents, this is no time to be hands off. My mantra and message to you will always be “Trust. But Verify.

Here are some the latest Teen Trends that you need to be aware of and be willing to talk to your teen about:

1.I-dosing (taken from an article by great schools)

In this age of technology, it’s not surprising that entrepreneurs are trying to create a way to get high online. The result is a phenomenon called “I-dosing,” which attempts to alter consci 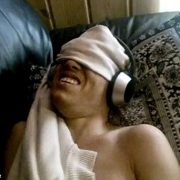 ousness via sound. “The Internet craze has teens plugging in their headphones to listen to downloadable MP3s that are said to have effects akin to getting high on actual drugs. There are various tracks designed to elicit the same “high” as specific drugs. Anywhere from five to 30 minutes long, the tracks consist of binaural beats, in which the tone of one frequency is played into the right ear and a slightly different frequency is played in the left ear.” Many teens put a hood over their eyes and kick up the digital sound waves and use these “digital drugs” to change the make-up of their brain to try and reach a high similar to taking narcotics. While research is still being done on its lasting effects on the brain, the Oklahoma Bureau of Narcotics and Dangerous Drugs has found it to be enough of a concern that it has issued a warning to children not to do it.

Who knew? Different from the planking that helps build core muscles, teen planking is used more as a dare. Whoever can find the most dangerous place to plank and take a picture—wins. Which didn’t work so well for a teen who “planked” seven stories up and fell to his death. Not so funny anymore is it? Parents, beware and talk to your teens through this ever changing, dangerous at times, culture. Social media is winning them over. Do not underestimate their knowledge and desire to be a social media star. Trust. But Verify.

When teens want to get buzzed but not have alcohol on their breath they take to pouring vodka in their eyes as the eyeball is laden with blood vessels ready to quickly absorb every bit of alcohol it can get. Eyeballing may yield a quick buzz without the bad breath but there can be extreme consequences:  Since most vodkas are between 40-50 percent alcohol, it can burn and scar the cornea, and even cause blindness.

It is back and easy to get a hold of. Thanks to rappers singing the praises of “drank”, we now have a continuing teen trend. Drank is when teens mix cough syrup, containing codeine, with jolly ranchers, sprite, fruit punch etc..and chug it down. Too much of this and teens will experience hallucinations. A single does can even be lethal and in the least cause a decrease in breathing, vomiting and sever sleepiness.

Unbelievably, this game is still making its rounds, especially with tweens ages 11-14. In this “game” a friend chokes you until you are about to pass out right as the blood is leaving the brain enabling them to feel the “high” as the blood flow is restricted. Trouble is, this “high” means thousands of brain cells are dying which can essentially cause death, coma, brain damage or a “silent stroke” (bleeding in the brain). I am beginning to wonder why social media was ever invented and why every parent isn’t at this point, jumping at the chance to buy every type of board game possible and schedule some serous family nights. Look at the alternative parents. Wake. Up. (please!) 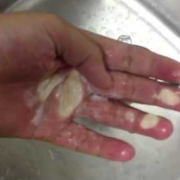 Last but not least is a Social Media “pain tolerance” challenge that at last glance had over 7 million views! It involves taking salt and ice and rubbing it on the skin and leaving it there for as long as possible. What this does is severely burn the skin sometimes irreparably. “It essentially kills the outer layer of the skin right away,” explained Dr. Dhaval Bhavsar of the University of Kansas Health System. “The kid who is there to prove, who’s going to keep the ice there for the longest, is the one who is going to have the worst of the injuries.” (qpolitcal.com)

It is a fast paced world for our teens out there and we have to be on the look-out, with heads out of the sand. We need to parent purposefully and consistently. It is a full time job and this generation needs us and must not give up, give in or slack off.

Statistics show that teens succeed far more often when there is ongoing support and encouragement and consistent parenting. Teens get stuck. Families get busy. Life gets chaotic. We get it. We truly want to help. If you are ever feeling helpless or so far out of the loop, know that you are not alone and that is why we are here for you. We offer parent coaching, teen life skill plans and coaching,  and family counseling either face to face in Dallas, Texas or via Skype to anywhere in the U.S. We also travel to churches and schools to do our 90-minute “Parent Survival Seminar”.

Know that the act of simply reading this article and then sharing it with a friend who is a parent of teen, means that you are doing more for this generation than most. Kudos to you!